Is BCIMC financing the Islamic State that is Terroriizing Paris, Europe and the World? 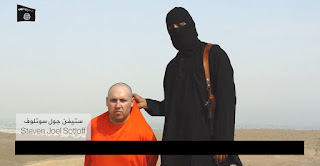 Click here to read how HSBC and BCIMC are financing terrorism

Click here to read about financial links between HSBC and BCIMC

If the reports are true, then all of this means that the pension plans of British Columbia are funding the Islamic Terrorist State which could turn out to be a big problem for the stupid gangsters running BCIMC in Victoria and the stupid former mayor of Vancouver Gordon and former Premier of British Columbia, the Freemason, Gordon Campbell, hiding out in London, England after being driven from office over his role in the BC Rail scandal, where his Freemason friends benefitted from taxpayers money, and after being exposed for paying his girlfriend and mistress a salary of $150,000 per year from taxpayers money, like the double cheater he was, cheating on his wife and cheating on the taxpayer at the same time.

The financing of terrorism in the middle east is consistent with the business practices of BCIMC that uses the techniques of arson, vandalism, destruction of property, lawlessness, threats of murder and attempted murder to loot the property of and terrorize the English family, near Tofino, and then to cover up their crimes.
Posted by Unknown at 9:07 PM